skip to main | skip to sidebar

It’s been over a month since I’ve posted here. That’s partly because I went on vacation to Italy with my family but there’s another big reason. I first created this blog to make fun of bad movies and games. I’ve been denying it to myself for a while but I’m just not into bad movies as much as I used to be. Sure, I still enjoy watching them occasionally, but over the last year my movie reviews have become both shorter and less frequent. I don’t like writing about them as much anymore.

I’ve decide to shut this blog down and focus on my comic blog and journalism work instead. It will likely become more of a general nerd blog with a primary focus on comics. I haven’t decided yet. Either way, this blog is finished. I’ll be slowly moving over some of my movie reviews over to my comic blog – at least the ones I’m happy with.
Posted by Healed1337 at 6:33 PM No comments: 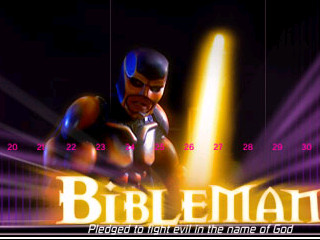 It’s been too long since the last movie review on this blog. School’s finally done, the eye strain I was suffering through for nearly a month is almost completely gone, and it’s time to finally review something.

This review is a bit different. It’s a single episode of a video series. Don’t worry, there’s plenty to talk about here – it’s a Fundamentalist Christian TV show about a superhero called Bibleman. There is so much fail contained in this half-hour episode that I still can’t believe it. The acting is, well … what acting? Neither the story nor the concept makes any sense, and this episode’s villain is simultaneously an absolute genius and an absolute idiot. But I’m getting ahead of myself.
Read more »
Posted by Healed1337 at 3:30 PM 1 comment:

You're probably wondering why I haven't reviewed Mass Effect 3 yet. That's because my review was published in a legitimate newspaper. Sure, the school paper, but still.
Here's the online link

I had to cut it down due to space limits in the paper. I had to completely remove the multiplayer section for example. My thoughts on multiplayer - it's really good for Bioware's first attempt at a co-op mode. It has its limits, but it's a satisfying experience. And well, you already know what I think of the ending. 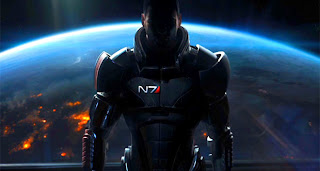 This goes without warning but SPOILERS!
So there’s this big controversy over Mass Effect 3’s endings. The Bioware forums even have this pole http://social.bioware.com/633606/polls/ where nearly 40,000 people have voted for a brighter ending (as of this writing.) Some people are even saying that the endings ruined the entire trilogy for them. Personally, I love the concept behind the conclusion, but I don’t think the execution was the greatest. But first, it should be pointed out why a happy ending is a bad idea for this franchise.
Read more »
Posted by Healed1337 at 11:01 AM 9 comments:

Why Uncharted 3 is the worst game in the trilogy 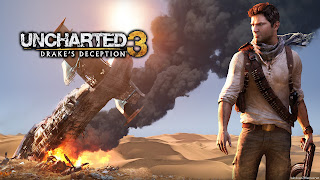 Before I get started, let me say for the record that Uncharted 2 remains my favourite PS3 exclusive and was my favourite game of the year 2009. The game is a fun throwback to movies like Indiana Jones; it has lots of humour, near perfect pacing and a well-rounded story. The game also has excellent graphics and sound. I’ve played other great PS3 exclusives, like Metal Gear Solid 4, Killzone 2 and 3, and the first three PS3 Ratchet and Klank games (I haven’t had time to play All 4 1 yet.) Every part of me wanted to enjoy Uncharted 3 as much as I did Uncharted 2.
Read more »
Posted by Healed1337 at 9:01 PM 1 comment: 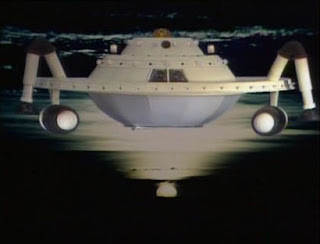 (behold the Millenium Failcon)
Warning, the movie that is reviewed in this post should not be viewed by anyone. It is an atrocity of epic proportions. To even call it a movie is an insult to every other movie reviewed or even referenced on this blog. You are welcome.
Brazilian Star Wars is a spoof on Star Wars, if you could call it that. The movie’s official title is Os Trapalhões Na Guerra Dos Planetas, which is roughly translated to “The tramps in Planet Wars.” Who are the tramps? They’re a group of Brazilian buffoons who think they’re the four stooges. Their silly reactions to the movie’s events are so over the top that it will make you sick. Their non-jokes make Disaster Movie look like a work of genius. It makes Garbage Pail Kids look like a sophisticated work of art. To quote the Cinema Snob; “To call them silly would be to take the dignity out of the word silly.” In short, this movie is painfully unfunny – the worst kind of bad movie.
Read more »
Posted by Healed1337 at 3:53 PM 1 comment:

I haven't updated much lately, mostly because my old desktop computer, the monster, is dead. It's a little hard to run two blogs while in college, working a part-time job, and building a new computer at the same time. My new computer is now complete and while I can't promise at this time, I hope to have another movie review in the next few weeks.

RIP Monster, you have served me well. It's bittersweet to see my first personally owned desktop bite the dust. I saved up for that $2,000 beast for over a year with a paper route. Now, the motherboard is fritzy and one of its capacitors has expanded so much it's ready to leak acid.

But this is not the end. While the monster lays slain, its soul (an upgraded video card I bought just over a year ago) will live on through THE TITAN! In every way it is at least four times as powerful as the Monster.

It was about time I looked at another animated superheroshow. A while back, I talked about the 90’s animated X-Men show. It was for the most part a very good show with only a few bad episodes. At its best, the show was amazing. At its worst, it was painful. Did you know that there are two more X-Men animated shows though (not including the anime series or the 90's pilot that featured an Australian Wolverine?)
I'm posting the rest of this on my other blog, here
Posted by Healed1337 at 11:38 AM No comments: